The present study exposed five-year-olds (M = 5;2), seven-year-olds (M = 7;6) and adults (M = 22;4) to instances of a novel phrasal construction, then used a forced choice comprehension task to evaluate their learning of the construction. The abstractness of participants’ acquired representations of the novel construction was evaluated by varying the degree of lexical overlap that test items had with exposure items. We found that both child groups were less proficient than adults, but seven-year-olds showed evidence of across-the-board generalization whereas five-year-olds were sensitive to lexical overlap at test. This outcome is consistent with more conservative, item-based learning of syntactic patterns in younger children. Additionally, unlike adults and seven-year-olds, five-year-olds showed no evidence of having mastered the novel construction’s linking rules. Thus, younger learners are less likely to generalize abstract argument structure constructions when exposed to the same systematic input as older learners. 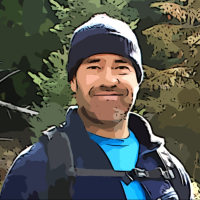